Have you already visited the “Mola” Museum in Casco Viejo? 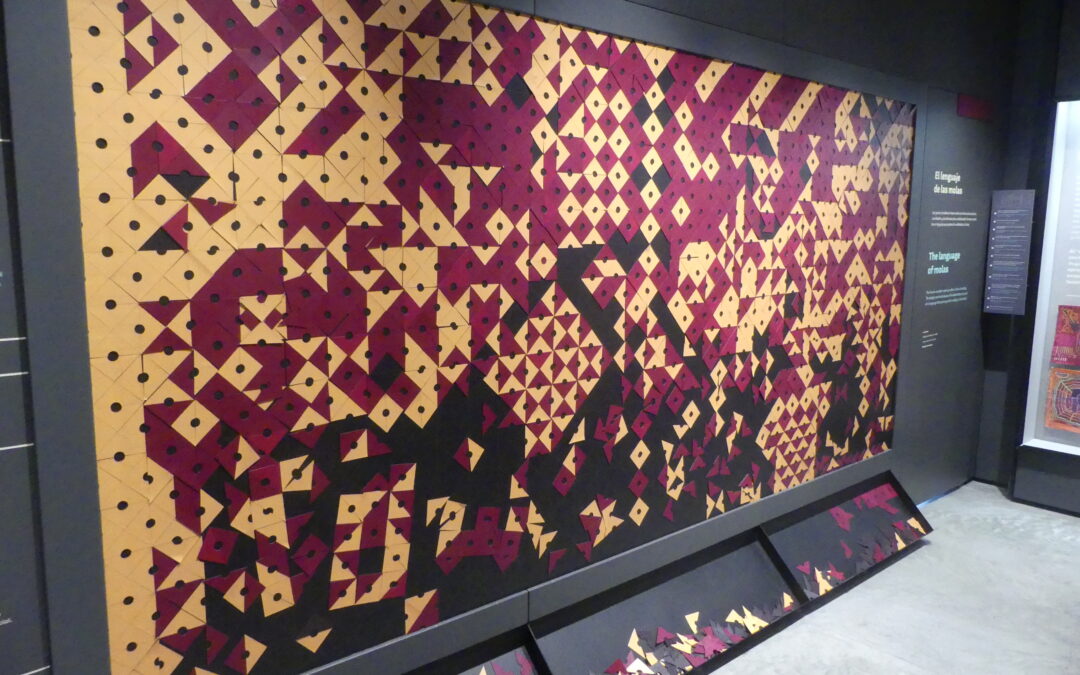 The “Mola” Museum, located in the El Colegio II building, José de Obaldía San Felipe Street, houses the enriching history of the “mola”. This textile craft is composed of several layers of overlapping fabrics that mimic both geometric and natural designs. They make their blouses in patterns of rectangular panels that cover the chest and back of Guna women.
According to data from the museum, these artisans began using the technique of superimposing layers of fabric to make molas at the beginning of the 19th century and, although this technique was already being used in other parts of the world, the Gunas were apparently the first to use it to make complete panels. On average, a complex “mola” can take more than 60 hours to make.
Yanelis Ledezma, museum guide, explains that this museum covers various cultural aspects of the Guna Yala region that make it an attraction not only for tourists but also for scholars and academics. “The museum is visited by many people, both residents and foreigners, who are interested not only in textile art, but also in the history and cosmovision of this community.” While it is true that the opening of this museum has caused a great impact on the international community, it is also true that Panamanians of Guna origin who were born and live in the city have been able to connect with their roots, thanks to the “Mola” Museum.
“This space, in addition to promoting knowledge about this culture, also helps us to appreciate the creativity and effort behind these textile confections, which leads to an appreciation of the enormous cultural wealth and intelligence of these craftswomen,” says Ledezma.
What can you find? 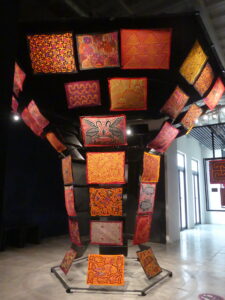 The museum has 5 rooms that offer an unparalleled experience which in summary details the evolution and history of the “mola”, enhances the aspects of this culture related to spirituality, and exposes their conceptions of mother nature. In addition, it shows the narrative value of the “molas” and how the making of commercial “molas” has developed over time (they do not have a deep meaning since their designs are inspired by everyday life, but they are a reflection of the collective Guna artisan soul).

Ledezma says: “the commercial ‘molas’ are made by the youngest Guna artisans; their objective is to transmit their culture, so that all the patterns they create are known and that people can acquire a handmade craft made by Guna hands”.

A striking aspect of the museum is the mirror box where different colorful patterns of molas are projected, somewhat like a kaleidoscope. Other interesting features are the various forms of creative assembly used to exhibit this artistic piece.

Museum history
The museum was opened on December 1, 2019 and is owned by the Alberto Motta Foundation, the patterns on display are part of a private collection.  According to the foundation’s website, the idea arose in 2017 when Mr. Stanley Motta, during a visit to the Textile Museum in Oaxaca, Mexico, recalled the molas collection of businessman José Félix Llopis, who was a great friend of his father Alberto Motta. On his return to Panama, he establishes contact with Patricia Llopis, niece of Mr. Llopis, who upon receiving the news of the interest in opening a museum in honor of the “mola”, makes available the complete collection of her uncle. To complete the exhibition, the “molas” of the Panamanian art collector David De Castro are added to the collection.
Other information
The museum organizes various activities related to workshops on drawing, clothing and other topics of the Guna community, among others.
This Saturday, April 30, they will present a traditional dance related to the myths and stories of the Guna people, starting at 3:00 p.m.
Museum hours:
Tuesday through Friday: 9:30 a. m. to 4:30 p. m.
Saturdays and Sundays: 10:00 a. m. to 5:00 p. m.
Admission is free.
Additional information +507 383-1227 / @museodelamolaNow you have no excuses for not enjoying the wonderful experiences that Panama’s Casco Viejo has to offer.